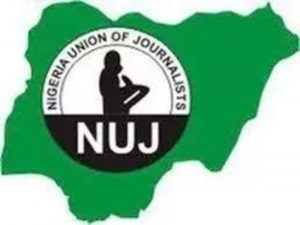 The Nigeria Union of Journalists, NUJ, has rejoiced over the appointment of one of its members, Comrade Fidelis Egugbo as Special Assistant on Media to Governor Ifeanyi Okowa.

The NUJ, Delta State Council, in a statement released to the media, said Egugbo’s appointment was yet another plus for Journalists serving in the present administration of Senator Ifeanyi Okowa of Delta State.

The union in the statement signed by the Council Chairman, Michael Ikeogwu and Secretary, Churchill Oyowe, described the appointment as a deserving reward for diligence, dedication and ingenuity.

The statement observed that Egugbo, over the years in reporting Delta State Government House, gave an excellent account of himself, saying that the appointment was therefore a reward for a display of rare excellence.

The council, while thanking Governor Okowa for the appointment, expressed confidence that Comrade Egugbo would make the union proud in the course of his service to the state government.

The statement enjoined media practitioners in the state to always carry themselves with high sense of dignity in carrying out the assignment by ensuring that the ethics of the profession is upheld. It added that due diligence and hard work will always attract recognition and reward.