Trending
You are at:Home»News»Zoning is more in breach than practice — Ramsey 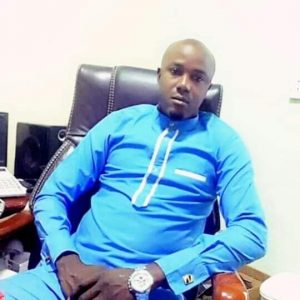 Popular politician and Ughelli North born activist, Hon. Ramsey Edigbue, has dissociated himself from the zoning matra in Delta State politics, describing it as undermocratic and also non existent in the history of Delta state.

Edigbue, who was speaking with newsmen in Orogun recently, called for the isolation of the zoning formula from the politics of Delta State, noting that similar governorship elections in the state had been keenly contested with full participation of the three senatorial districts.

“Emergence of successive governors is a mere coincidence not product of zoning because other zones actively participated,” Edigbue noted.

According to Edigbue who doubles as the coordinator of New Nigeria Movement, “in  2003 when democracy was incubating, Prince Ned Nwoko, Chief James Ibori, Chief Ogboru contested. Similarly in 2007, when the erroneous mantra began, every senatorial district participated enmasse which negated zoning formular.

“In light of the above, it will be criminal for zoning to be selfishly introduced because it will not only encourage mediocrity and inferiority but also pave way for certain cabal to gimmickly retain power which will impede development.”

The unwritten zoning arrangement in Delta has seen power rotating through the three senatorial districts of the state, and expected to go back to Delta central in 2023 but political bigwigs from other districts have been seen indicating interest in the position with others describing it as rather too early for campaign.

While encouraging all Deltans to join hands with  okowa to finish strong ahead of 2023, Edigbue also advocated for full participation of all senatorial districts accros board in 2023 and consign the erroneous zoning insinuations to trash, to pave way for unfettered unity in the state.